Building a New Narrative Through Stories on Women, Food and Faith

When we set out to tell food stories for our “Coming to the Table” magazine issue, we wanted to highlight the immigrant women who carry forward the global food traditions that enrich New York City’s culinary landscape.

We met women from so many different backgrounds who support their families, create community, and maintain culture in their adopted home through cooking, growing, selling, and serving food.

Among New York’s 25,000 street vendors, 90 percent are immigrants and nearly half are women. Our feature story “Feeding the Street” shed a light on the largely unknown workers who make street food and the challenges they face.

We also covered the Caribbean women at the forefront of urban farming in Brooklyn, the women who prepare food in spiritual spaces, and two Queens families who threw a Mexi-Jewish Trini-Filipino birthday feast for their young daughters.

This journey inspired our “United By Faith” issue, which explored the role of faith in helping new Americans integrate into broader society — from traditional healers to Santería, Vodou, and the many faces of Islam, Judaism, Buddhism, Christianity, and Hinduism.

The issue covered botanicas (Latino healing centers), apartment mosques, and women faith leaders — stories that reveal an aspect of immigrant life that plays an essential role in preserving cultural heritage and building a bridge between immigrants’ ancestral lands and their new homes. 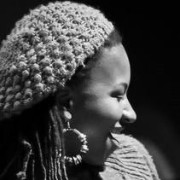 Manolia Charlotin is a multimedia journalist and strategist with experience in print, broadcast, and online publications. She has served as a managing editor at Feet in 2 Worlds, The Haitian Times and Boston Haitian Reporter.