This story was published in partnership with Yes! Magazine.

While in quarantine at her Jacksonville, Florida, home last summer, Dr. Johanne Belizaire watched social justice protests spring up all across the United States. As calls grew for Americans to confront racism after the police killing of George Floyd, Belizaire, who is a Haitian-American health consultant, posted on a Haitian women’s forum that Haitians needed to examine their own biases.

In the U.S. racism is framed predominantly as discrimination by Whites against Black and Brown people. But in other countries, particularly throughout the Caribbean, Asia, Latin America, and Africa, where the population is primarily Black and Brown, bigotry often appears in the form of colorism.

This type of skin-color-based discrimination leads to preferential treatment and often greater political and economic power for lighter skinned people, and disadvantages for those with darker skin. Long before Meghan Markle’s interview with Oprah Winfrey highlighted the term to millions, colorism had been a companion-plague to racism.

Over the past year, immigrants in the U.S. like Belizaire have started to examine their own racist and colorist beliefs. Last February, The Haitian Times, a New York-based newspaper, held a community conversation about colorism among Haitians in which Belizaire participated. More and more immigrants of color are engaging in self-reflection in the hope of moving their communities forward on strong footing on issues of racism.

Conversations around colorism are not new. What is different this time is that those conversations are happening within a deeper context of anti-Blackness and its relation to other oppressive constructs—such as classism, misogyny and language discrimination—and a desire by many to change those longstanding beliefs.

For example, last August a Chicago-based Muslim woman named Binta Diallo started a matchmaking service as one way to combat colorism among those in her community who are looking for prospective mates.

Speaking to The Washington Post about how taken aback she was upon seeing colorism in matchmaking among Muslims, Diallo said, “Just the fact people are so blatant about that, it really does hit home, especially during the time we were going through in our community and the world.”

Another example is a group called the Antiracist Accountability Group for Latinx People that began holding virtual sessions for non-Black Latinx people. The organization’s goal, as per its event page, was to “unlearn, ask questions, and hold ourselves accountable for the harms and hurt we’ve caused.”

To help people have conversations with their families, individuals in a variety of spaces are creating resources to fill the void. For example, Dr. Maricela Becerra, also known by her Instagram handle @academicmami, created a brief guide in Spanish that defines key terms to support discussions about colorism within the Latinx community that revolve around topics like police brutality, White privilege, systemic racism, and Black Lives Matter.

Yuki Yamazaki, a psychotherapist and Ph.D. candidate in counseling psychology focuses on multiracial issues and colorism in her therapy sessions. She reports that some of her Asian American clients and colleagues are discussing racism at length. “We’re seeing how we’re pitted against each other to serve a White supremacy system,” said Yamazaki, who is based in Brooklyn. “There’s a whole resurgence of talking about racism internally. In therapy sessions, people are asking, ‘How do I talk to my parents about this?’”

The shift among her clients toward addressing racism intentionally within families points to an opportunity for academics and health care providers to formalize such discourses. Yamazaki said, “For a long time, it [racism] has been a Black and White issue. But in the last year and a half, there’s been so many trigger points.” She added, “It feels like every group has a reason to be talking about this.”

“Colorism is a global phenomenon,” said Dr. Jasmine Haywood, strategy director at Lumina Foundation, an Indianapolis-based foundation focused on preparing students for success beyond high school. Colorism typically includes prejudices about one’s social status, education, religion, and attractiveness based on skin shade. The biases run so deep that skin-lightening creams and hair straightening supplies, often harmful, are a mainstay on beauty store shelves and in advertisements aimed at Black and Brown consumers.

Recently, colorism made headlines when the film adaptation of Lin-Manuel Miranda’s Broadway musical In The Heights received backlash for not including darker-skinned Afro-Latinx actors in lead roles. A significant percentage of the residents of Washington Heights—the Manhattan neighborhood portrayed in the film—identify as Afro-Latinx. However, in a piece she wrote for Vox, Haywood said the film “exemplified the ugly colorism” she has seen in Latinx communities.

Research shows that this “cousin” of racism runs wide and deep across the globe with particular prevalence in regions with a legacy of colonialism such as the Caribbean and also in parts of South Asia. When people migrate to the U.S., they often bring colorist attitudes with them from their homeland. Many immigrants, including Belizaire, have said they didn’t think of themselves as “Black” in the American sense until they moved here.

Unlearning Racism and Colorism in the U.S.

The COVID-19 pandemic has laid bare health inequities along racial lines. Furthermore, the murder of George Floyd has forced White America to look at racism and pushed non-White Americans to examine anti-Black and anti-Asian hate. “This past year of social unrest has definitely created a heightened awareness of racism and colorism,” Haywood said. “That’s something you have to constantly rid yourself of. It’s everywhere. It’s in the air that we breathe.”

Most recently, colorism came up the assassination of Haiti’s president Jovenel Moïse. Some believe colorism may have even been a factor in the slaying because Moïse’s policies appeared to favor darker-skinned Haitians at the expense of the country’s lighter-skinned economic elite.

Yamazaki said she has seen a greater willingness to have more nuanced discussions about race among her patients and colleagues and even within her family. She explained, “Now, we’re having more intersectional conversations,” that include “ethnicity, immigration status, gender, sexual orientation, religion, colorism.” She added, “You look at those intersections, and you start to see how that actually plays out.”

According to Yamazaki and Haywood, conversations with family members are a valuable starting point. Many Black and Brown people don’t realize how their long-held attitudes reflect racism, colorism and anti-Blackness. Pointing out ways in which these issues are related can help immigrants see some of their own beliefs in the context of White supremacy.

One group in particular that requires a special approach is older immigrants who may have learned attitudes from childhood that perpetuate anti-Blackness, Haywood said.

“You need to start within your own family circle,” she said. You have to start the conversation there, at the dinner table, with your siblings, with your parents, with your children.

In many cultures, simply questioning an elder person’s beliefs or statements could be deemed offensive. Haywood says it is up to each person to point out when someone in the family espouses racist or colorist views. Haywood offers advice to younger immigrants when interacting with their older relatives such as asking questions when things have a tone of colorism, [like] “What do you mean by that?” or “Who are you referring to?”

For health consultant Belizaire, progress on tackling colorism will be slow, but it must start with continuing the conversation within immigrant communities. “We have to be comfortable with our own skin to talk about it,” she said. 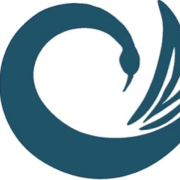 Macollvie J. Neel, a former Fi2W fellow, is a writer and communications consultant based in Brooklyn, NY. She emigrated from Haiti to the U.S. when she was 10.

A New Chapter for Feet in 2 Worlds