Video: What Is Detroit-Style Pizza Anyway?

A century ago Sicilian immigrants came to Detroit with a recipe for sfinciuni, a square pizza made with leftover bread dough, cheese, tomato sauce and anchovies.  Over the years that recipe has evolved into what is now known as Detroit-style square pizza. Nina Misuraca Ignaczak tells the story in this video produced for Feet in 2 Worlds.

Food, Borders and Belonging explores food in Detroit from the perspective of immigrants and African-Americans. Inspired by the Feet in 2 Worlds Food Journalism Fellowship at WDET, this series of stories looks at the role food plays in the transformation of city neighborhoods and in defining identities. 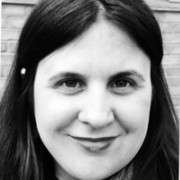 Nina Misuraca Ignaczak is a Metro Detroit-based writer, editor, and filmmaker. Follow her on Twitter at @ninaignaczak.

Wild Rice - Feeding Native People in Detroit and Beyond

"We Were Junk Food Babies" - Challenging Food Insecurity in Detroit